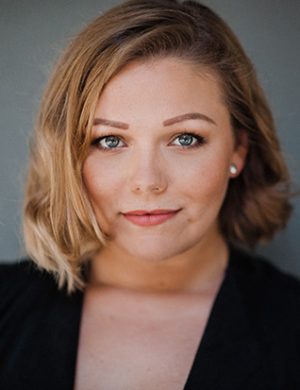 Sarah Maree can be heard on Triple M Melbourne hosting the morning shift weekdays and popping up for special appearances like co-hosting the Live Brownlow red carpet coverage on the Triple M Network with Joey Montagna and Bernie Vince. She can also be seen performing stand-up comedy around the club circuit as well as festivals, including the 2021 Melbourne International Comedy Festival performing sell-out shows at iconic venues like The Toff alongside comics like Akmal Saleh, The Stevenson Experience, Brett Blake and Alex Ward. Sarah Maree has also opened for Dave Thornton, Dave O’Neil, Adam Rozenbachs and Sami Shah to name a few. In 2018 she made her movie debut in an international feature “At Last”.

With a love of sports, Sarah Maree has presented live to camera reports to crowds of more than 100,000+ people as the Live Television Host, starting out with the A League’s Central Coast Mariners then AFL’s Greater Western Sydney’s home games. In July 2013 she joined Twenty20 Cricket’s Melbourne Renegades for a season as well as her beloved Richmond Football Club in as game day host which she continues today. In 2020 Sarah Maree began working with the WNBL’s Melbourne Boomers in the same role and in 2021 joined Tennis Australia. Working across the ATP and WTA competitions then into the Australian Open, Sarah Maree broadcast to millions across the Nine Network and the globe doing post-game interviews and court updates as well as hosting the live feed from AO’s broadcast compound.

Sarah Maree has also achieved success as a voice over artist as well as with numerous local theatrical companies and improv comedy troupes as a trained singer, dancer, actor and comedian. You will also find her engaged in multiple community groups and events as the Ambassador for the Australian Cervical Cancer Foundation and Endometriosis Australia.