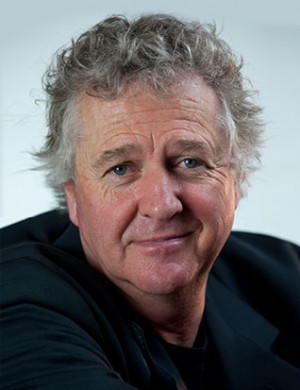 With a Logie for Best Actor under his belt and leading roles in some of Australia’s most successful television series over the last three decades, Shane Withington has become a trusted and respected professional in the industry. He is currently enjoying playing the highly successful character of John Palmer in Home and Away.

Shane was awarded a Logie for best actor for his role of Brendan in A Country Practice that saw him become the audience favourite he is today. Since then there have been countless shows that he has performed in. His credits include lead roles in Willing and Able, The Flying Doctors, The Family Business, Roys’ Raiders (BBC Production), Water Rats, David Williamsons’ Dogs Head Bay, All Saints, a major role in 120 episodes of Out of the Blue (a BBC/Seven Co-Production), a highly acclaimed performance in the mini series of Rain Shadow (ABC) and many others. His Film credits include Queen of the Road, Reprisal and Strange Bedfellows.

Shane is also the voice behind many successful commercial campaigns that have utilised his versatility as a performing artist, from delivering outrageous comedy for Australia’s leading FM stations or being the trusted voice for a Federal election campaign.

On Shane’s off time, he is an avid sailor and when Home and Away is being filmed on location, he jumps into his boat and travels across the water to ‘Summer Bay.’

Shane has been the front man for a series of swing/blues over the years performing locally on Sydneys’ northern beaches.
A perfect afternoon for Shane is a jam on the back deck with a group of like minded musical friends.

Shane was twice nominated for Australian of the year and became Citizen of the year for his 15 year campaign to save the Nationally Heritage listed Currawong Beach workers retreat.

Shane maintains an active role as a heritage activist and is currently a co spokesperson for the fight to conserve the Fleet Street Heritage precinct including the Nationally Heritage listed “Womens Factory”.

Shane has never written a book.