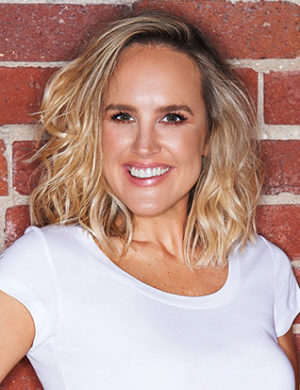 Monty is a fresh, fun, outspoken and individual voice on national radio, TV and on-line.

Best known from her national radio shows on the KIIS and Nova networks, Monty currently co-hosts the 3PM Pickup with Yumi Stynes and Bec Judd Nationally. She has co-hosted National Drive with Ryan Shelton and Michael “Wippa” Wipfli, Sydney Breakfast with Merrick Watts and Scott Dooley as well as her own weekend Breakfast show Saturday Morning with Monty’ on the Nova network.  Monty has also recorded regular podcasts with Kate Langbroek, Chrissie Swan and Twentysomething’s Jess Harris

In 2013 Monty took on the role of Team Captain in the comedy TV quiz show, Tractor Monkeys on ABC1 alongside Dave O’Neil and host Merrick Watts.  Known for her honest fresh opinions and sense of fun, Monty has also appeared as a guest on well-known TV shows including Have you Been Paying Attention?, Talkin’ Bout Your Generation, The Today Show, Weekend Today, Studio 10 and The Circle. 2019 saw Monty become a regular panellist on The Project.

My mate Kate joined me for a chat about her new book Ciao Bella and the talkies took a bucket load of twists and turns… as you can tell. Link to new @showandtellonline pod ep is in my bio x ...