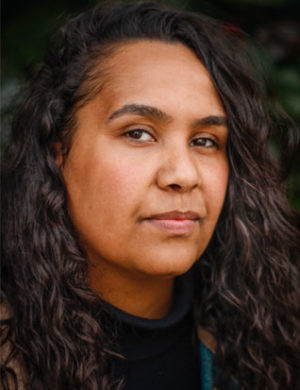 Kaya Jarrett is an emerging actor from Central Australia, Alice Springs. The young artist comes from a family of actors, filmmakers and musicians, this environment naturally encouraged Kaya to become curious about the arts very early on in life. In 2010 at the tender age of 12, she joined a local music development program in Alice Springs called the ‘Desert Divas’. It was through this program that she nurtured her interest and passion in singing and song-writing. The performance bug stuck and in 2013, when the opportunity presented itself, she auditioned for and booked a lead role in the premiere production of ‘The Bungalow Song’. The acting bug had arrived with a vengeance!

Kaya has just graduated from the Bachelor of Arts (Acting) 2019 course at the Western Australian Academy of Performing Arts after graduating in 2016 from the Aboriginal Theatre course at the same academy. During her years at WAAPA, Kaya played a wide range of roles including Masha in The Seagull, Athena in Ajax in Afghanistan, the Nurse in Romeo and Juliet and Lady Chiltern in An Ideal Husband.

Kaya now hopes to continue to nurture her curiosity for the arts even further by exploring more roles in the near future, whether they be in film, television or theatre.