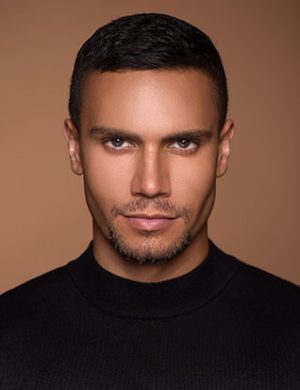 Euan Doidge has been very busy lately despite the pandemic. He has already performed for the Melbourne Theatre Company in 2022 in ‘Fun Home’ as well as the Victorian Opera playing Sam Wurlitzer in ‘Happy End’. In 2021 her performed in ‘Charlie and the Chocolate Factory’ in Brisbane and Perth and played Lewis in the production of ‘Pippen’ The Musical in Sydney. He took centre stage in 2019 playing Tony Manero in GFO’s Saturday Night Fever. This role followed his reprisal as Felicia in the 2018 Australian tour of Priscilla Queen of the Desert.

Musical Theatre has been an intrinsic part of Euan’s background starting as a graduate of Patrick Studios Australia under the direction of Andrew Hallsworth. During this year of study, he was cast in his first musical Anything Goes (The Production Company). In 2012 Euan appeared in The Producers (The Production Company), then went on to play Paul San Marco in the Australian cast of A Chorus Line (TML Enterprises) for which he was the youngest ever nominee for the Helpmann Award for Best Actor in a Supporting Role in a Musical.

From 2012 – 2014 Euan appeared as Nikos/Padamadan in the Australian tour of Legally Blonde (ATG/GFO/Farrelly Prods) and Grease (GFO) in which he understudied the roles of Kenickie and Vince Fontaine, as well as understudying and performing the role of Teen Angel. He was then cast in the dream role of Marius in the Australian tour of Les Miserables (Cameron Mackintosh/Michael Cassel) 2014 – 2016.

During that time he also released his debut Album ‘Let It Sing’ and in 2016 Euan had the great pleasure of playing the role of Felicia/Adam in Priscilla Queen of the Desert and was Lead Singer in Burn The Floor (Norwegian Cruise Lines). On returning to Australia he starred in the Australian tour of Kinky Boots (Michael Cassel) as one of the Angels and covered the role of Lola which he performed many times to great acclaim.