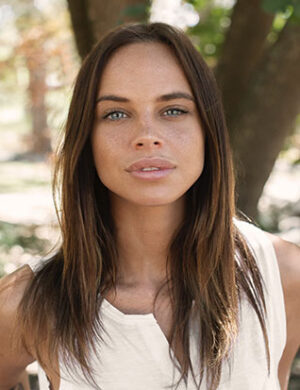 Singer, Actor, Writer – Bonnie Anderson is a dynamic, versatile and creative Performing Artist. She won our hearts and stole the show at the age of 12 winning the first ever season of Australia’s Got Talent in 2007. With that captivating stage moment Bonnie’s career opened up to provide a string of career highlights that have included her successful debut single ‘Raise the Bar’ released in 2013 and written by chart toppers DNA, followed by her first top 20 hit “Blackout” that went Platinum in 2014, and the following year releasing “Unbroken”.

In 2018 Bonnie joined the cast of Neighbours playing the role of Bea Nilsson and was nominated most popular new talent at the Australian Logie Awards. Her 3 years on the show have also contributed to Bonnie becoming a popular media personality, and she has made numerous guest appearances across TV and radio. In 2020 she won Network Ten’s top rating entertainment show ‘Masked Singer’, and she made a return to the hit show in 2021 hosting the online series ‘Behind The Mask’, where she chats to the celebrities as they’re revealed. 2021 also saw Bonnie face one of her biggest mental and physical challenges yet, as she joined the cast of Channel 7’s top rating reality show, ‘SAS Australia’.

Bonnie has a massive online presence which is constantly growing. Through her online following and popularity, Bonnie has collaborated with brands such Esmi Skincare, Uber Grainshaker Vodka, Head and Shoulders (Aus/NZ), The Collagen Co. to name a few. In 2021 she also became an official ambassador for the Jaguar Australia FPACE car.

With an album in planning she has plenty to share, say and sing as her journey continues. Bonnie stands proud as a confident and creative performer who is truly multiplatform.