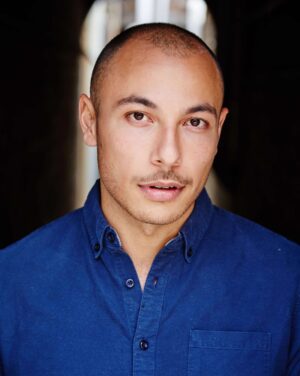 Tommy is a Samoan/Australian Fa’afafine person who grew up in Canberra and Samoa. They are a writer, actor and performer and have trained as an actor with NIDA, The Hub Studio, ATYP and The Atlantic Theatre Company (NYC). Tommy is passionate about creating access for young Queer and Pacific Islanders in the arts industry.

Tommy has been lucky to work across various arts practices and has collaborated on performance work for the Sydney Bienalle and the Cuba Bienalle and various galleries across Sydney. In theatre some of Tommy’s most recent theatre credits include Te Molimau (Belvoir), Let me know when you get home (National Theatre of Parramatta) and the upcoming production of Cleansed at the Old Fitz Theatre. As well as working with renowned Australian choreographer Meryl Tankard in her dance piece Skin Deep for the National Art School and Sydney Mardi Gras.

Tommy was a regular writer/host and performer for Buzzfeed Australia, creating original content that has been viewed locally and internationally. Tommy has also been lucky to have writing residencies with Belvoir theatre, PACT/Crack theatre festival and is currently writing and being mentored by Shakthi Shakthidharan of Co-Curious to bring their first play to MainStage theatre.

In addition to performance work Tommy has also been interviewed by ABC Radio Australia, FBI radio, Conversation with Kath for Bumble Australia and has had brand engagements with Bonds Australia and Teva. Tommy continues to be the ultimate slashie and takes great responsibility with being one of Australia’s leading Queer Pacific Islanders working in the Arts.