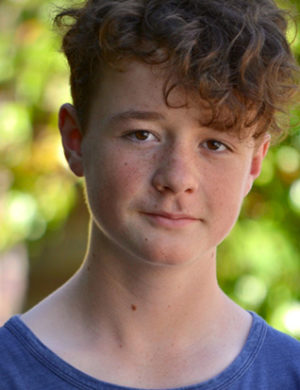 Rafferty has been immersed in the film and TV industry since his earliest days as his father has been directing film and TV projects for many years.  After appearing in short films, walk on roles and in school productions for a number of years, Rafferty decided in late 2016 he wanted to pursue professional acting roles.

He immediately secured the pivotal role in a major TVC Campaign for Toyota Kluger and shortly after landed a memorable guest role in Series 1 of Hamish and Andy’s True Stories.  He was subsequently cast as the young lead in the feature film The Merger which was shot over 7 weeks in Wagga Wagga in late 2017 and premiered at MIFF in August 2018 to significant acclaim. The film has subsequently won a number of nominations and awards at major festivals and Rafferty has received many outstanding reviews.