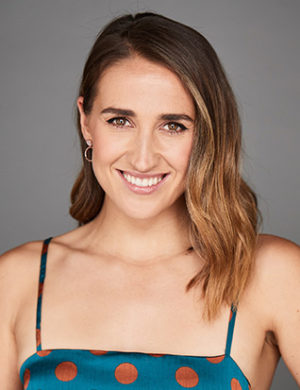 A self-proclaimed hippie, lover of outdoors and a bit of adventure, Polly began her radio career in 2011 at ZM in New Zealand as an intern, and then went on to read news. Polly quickly proved her talent as a creative communicator and engaging voice by moving onto hosting national evenings and daytime. She also established herself as a sought-after host including regular television appearances on NZ’s ONE Breakfast show as an entertainment reporter. In 2015, she teamed up with Jase Hawkins and together they delivered a National Drive show which saw them nominated for Best Non-Breakfast show at the NZ Radio Awards two years in a row. In 2015, Polly made the big move with Jase to Melbourne, to host the Jase & PJ Breakfast show for the KIIS Network. In 2020 Polly appeared as a regular guest host on Channel 7’s House of Wellness show, for their lifestyle and beauty segments.

After 3 years of living and loving life as a Melbournian, Polly decided home was calling and relocated back to NZ in April 2020, and for a while there broadcast her breakfast show with Jase from her farm-home studio.

With a strong online following, Polly has collaborated with a number of brands she feels aligned to, including Visit Ruapehu tourism, Jeuneora Skincare, Kathmandu and Felix Mobile.