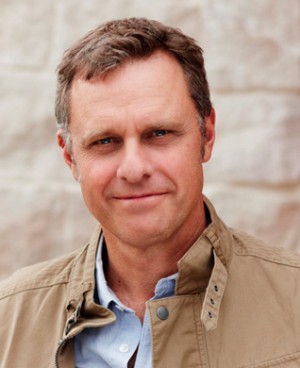 Peter Maddison graduated with a Bachelor of Architecture from RMIT in 1982 and subsequently worked with Peter Crone & Associates, Morris & Pirotta and Cocks Carmichael before establishing the McIntyre Partnership. During these years Peter was surrounded by a group of generous architects who operated under the principle of giving at least as much to the profession as one could expect to gain from it.

Peter has supported the Institute of Architects generously and consistently over the past 20 years. Notable contributions have included participation on multiple awards juries, 6 years on the Victorian Awards Taskforce, chairing the Victorian Awards Juries in 2008, 5 years supporting the Small Practice Forum, authoring the current Client/Architect Agreement with the CAA Taskforce, 4 years active service as a Senior Counsellor and 6 years’ service on the Victorian Honours Committee.

In 2009 Peter Maddison was selected as the Architect host of Grand Designs Australia after a nationwide talent search. Peter’s initial commitment was for a single season of 10 Episodes. 6 years later the show has achieved incredible success and Peter is now arguably Australia’s most recognisable Architect. Currently filming a 7th season, Peter Maddison continues to document the impact of architecture on the lives of the people who embrace it, in an honest and accessible way. Peter is not shy about questioning the merits of the projects that he visits yet at the same time he has demonstrated a fantastic ability to promote the inherent value and appeal of architecture through very clear observations which are easily interpreted by the general public. Peter has played a large part in making sure that architecture is at the frontline of Australia’s increasing appetite for design and Grand Designs now reaches an average 4.5 million Australian viewers annually. The show has also enjoyed international success and has been aired on prime TV and free-to-air TV in 11 countries and throughout Asia.

Education has also been an important interest for Peter; he recently authored the Grand Designs Australia Handbook which is a purpose written reference book covering all aspects of architecture and building associated with residential homes. Peter has also supported the education of young architects through active participation at numerous schools of architecture, providing guest lectures and design critiques. In 2014 RMIT awarded Peter a Doctorate of Design Honoris Causa in recognition of his significant achievements and contributions to architecture in Australia.

Peter’s inherent generosity extends to our community with ongoing support of Kids Under Cover, and ambassadorial roles with Open House Melbourne and Architects without Frontiers. Peter enjoys a wonderful marriage to Andrea and an incredible relationship with his children Finn, Woody and Ruby. Amongst the many distractions Peter still manages to find the time to successfully practise architecture with the support of his team at Maddison Architects in South Melbourne.