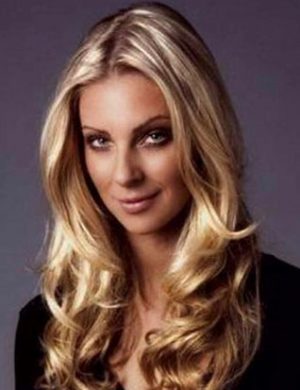 TV Personality, Brand Collaborator & Event Host, Lorinska Merrington is currently starring in the candid reality series ‘Yummy Mummies’ on Netflix. When she woke up one morning to find her Instagram following had tripled overnight, she was advised the show had begun broadcasting in the UK and the USA.

The social media icon now has a loyal following of 700K+ global followers.

Lorinska also co-owns the Number 1 Pregnancy and Preconception App, ‘Bub.app’, Because knowledge is power, and support is everything. In line with her passion for all things pregnancy & the little ones, in 2020 Lorinska became an official ambassador for the respected childhood nutrition brand, Biostime.

Lorinska has also co hosted the Good Friday Appeal coverage alongside Andrew O’Keefe and has also been a guest co-host and regular contributor on 3AW with Darren James and other various radio shows around Australia.

Lorinska has been involved in event hosting for the ‘Spring Racing Carnival, ‘Virgin Australia Melbourne Fashion Festival’, The Melbourne Racing Club and Chadstone to name a few.

Lorinska’s huge online following has seen her collaborate with brands across Australia and Internationally. Some of these brands include Medela, Hello Fresh, Cadbury, Curated Business, BBox & NastyGal. She was also the face of Ascot Racing in Perth, where she resided for six years. Lorinska has walked countless catwalks at Melbourne and Perth Fashion Weeks and has also modelled abroad for fashion labels, magazines and for live shows.

As an Educator and qualified Primary School Teacher, Lorinska specialises in early childhood development and integration for children with a range of special needs.