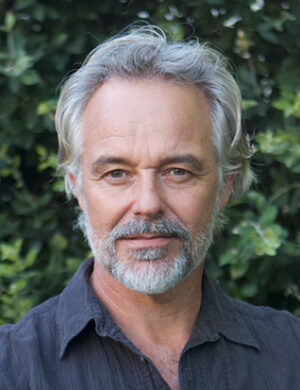 Cameron Daddo began his multi-award winning career in entertainment over 30 years ago.

He has covered just about every angle… acting, producing, directing for film & television through to musical theatre. He is also a published singer/songwriter, magazine columnist and has credits as a television host and radio announcer.

Cameron kicked off his performing career as a model at the age of 18 and went on to host children’s television “The Dish” and “The Cameron Daddo Show”.  He moved into prime time TV to host “Perfect Match” and onto stage with productions including the lead in “Big River” and the Scarecrow in  “Wizard of Oz”. After marrying model Alison Brahe they moved to Los Angeles in ’92 and appeared in many top rating television shows, including all of the CSI’s and NCSI’s, the Mentalist, he featured as the Vice President in a season of 24 and played the President in the hit series, Nikita.

Now living in Sydney, Cameron previously worked between the US and Australia.  His local stage credits include Captain Von Trapp in The Sound of Music, Narrator for The Rocky Horror Show,  Legally Blonde and TV drama performances including Beaconsfield, and series regular Adam Goodman in Packed to the Rafters.  In 2020 Cameron makes an appearance on Home and Away, and continues the success of his popular podcast he records with his wife Ali; Separate Bathrooms. You can be hear Cameron 7nights a week on his number 1 rating national Smooth FM radio show.

#tbt time to revisit the 80’s. Thank you at @woolybutt_knitting for the reminder🥴… actually, this jumper’s kinda hip for today??! #Cycles ...