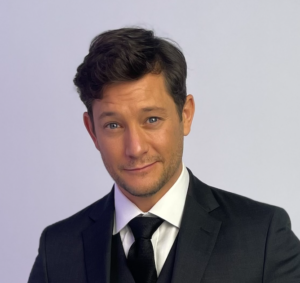 Rob first came to the nation’s attention in 2003 as a finalist on the first series of Australian Idol.

Rob spent 3 years as Erinsborough villian and series regular in Neighbours, where he played the ever troubled Finn Kelly.

Rob has just finished on the latest series of Dancing With The Stars – ALL STARS, where we wowed the judges and the home viewers with his impressive Latin and Ballroom moves.

For the last decade or so, Rob has worked tirelessly to establish his impressive credentials in musical theatre. He was thrilled to be cast in the role of Fiyero in the highly successful Broadway blockbuster Wicked and played

over 500 shows in Melbourne and Sydney, receiving rave reviews and establishing Rob as one of Australia’s favourite leading men.

There has been a problem with your Instagram Feed.
END_OF_DOCUMENT_TOKEN_TO_BE_REPLACED