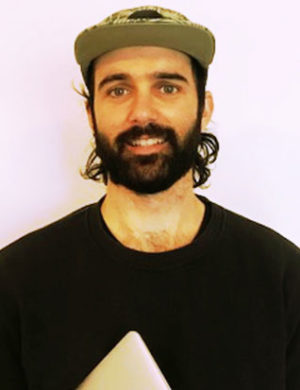 Zachary is a film and television writer with screenwriting credits including How Do You Know Chris? (2020) and the MIFF Audience Award Winning Best Documentary All For One (2017).

In the previous twelve months, Zach also pursued his passion for directing and producing, with his directorial debut Junk Mail, about a retiring pamphlet delivery man, receiving Film Ink’s short of the week, while also leaning into his love of music and directing / producing Eternal Crush’s music video for Heavenly Body.

He has also been a regular contributor to “Australia’s oldest and favourite newspaper” The Betoota Advocate.

Having worked as a professional copywriter and marketing communications manager in the ultra-competitive online wagering industry, and for Australia’s biggest fashion retailer, Zachary has written everything from sketch comedy and viral online content, to moody feature length drama… and why an overpriced leather jacket will give you the ride of your life.