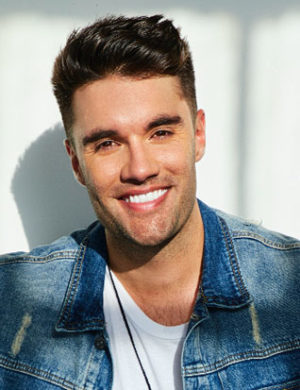 After relocating to Los Angeles from Melbourne, Australia eight years ago, Xavier Brinkman is now MTV Australia’s US correspondent and regular entertainment reporter for primetime news program The Project. As well as this, Xavier has been the Executive Producer and Host at Heard Well for the last two years.

As a frequent face around Los Angeles’ hosting scene, Xavier has caught the attention of producers and networks with his natural and disarming interviewing style and charismatic personality.

Xavier was the host & producer of Balcony TV Los Angeles for five years, and had a successful run hosting Entertainment Weekly’s ‘Game of Thrones’ after show – as well as doing regular shows and interviews for several outlets around LA such as Buzzfeed, Collider.com, Entertainment Scoop and The Stream.tv.

Alongside his career as an on camera host, Xavier is also the front man and lead singer of the LA based indie rock band Elovay. They’ve toured through the USA, headlined the Troubadour and recently had two songs placed in Showtime’s hit series “Shameless.” This combined with his background in the music industry has made him a go-to music expert for various outlets and publications.

Immersed in all facets of entertainment, Xavier has made himself a valuable asset across the board.