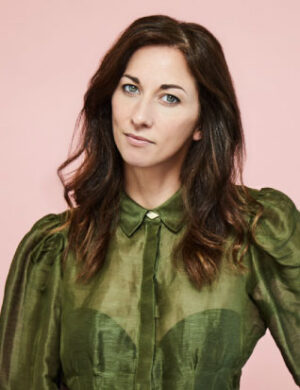 Veronica Milsom is a radio host, actress, comedian. She’s also a writer and currently penning a show for ABC TV (she’ll tell you the details as soon as she’s allowed).

Her media personality was forged as co-host on Triple j’s Drive show ‘Veronica & Lewis’, and as a cast member in the ABC sketch comedy series Shaun Micallef’s Mad As Hell.

In 2022 you’ll see Veronica appear on your television in various roles, including the Nine Network’s After The Verdict and the ABC’s The Exhibitionists, a four-hander alongside Mandy McElhinney, Bridie Carter and Bessie Holland.

After studying at the West Australian Academy of Performing Arts, Veronica secured a role on ABC TV’s Hungry Beast, writing and performing in sketches as multiple recurring characters, including YouTube success, ‘Avatar Two’ (15 million+ views). Veronica was then commissioned by Screen Australia to co-write and perform her original comedy mockumentary TV pilot The Record, produced by Porchlight Films (Animal Kingdom, The Rover).

Veronica’s career highlight to-date has been performing at the Sydney Opera House on stage alongside Martin Short at the Just For Laughs Festival playing the role of his ‘giant blow-up sex doll’.