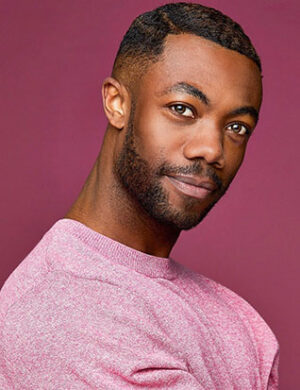 Timothy Springs is an American born Australian Actor who is a true triple threat. Most recently he performed the title role of LOLA in the highly acclaimed Empire Theatre production of Kinky Boots where he received rave reviews. He was also part of the hugely acclaimed The Book of Mormon directed by Tony Award winner Casey Nicholaw and Trey Parker. He has worked consistently in the musical theatre and the opera world for the past 10 years. In Australia he has been seen as Jake in Side Show at the Hayes Theatre, his solo Tribute to Sammy Davis Jr I’ve gotta be Me which he wrote, produced, and starred in for the Sydney Cabaret festival. Brooks Sr/Jr in Grey Garden, Jim Conely/Newt Lee in Parade, and Showboat with the Production Company. Tim was accepted into the prestigious Juilliard School for his Bachelors and Masters and attended the esteemed Manhattan School of Music in New York City for a Bachelors of Music on full scholarship in classical voice.

In the United States he toured with Pulitzer Prize and Grammy Award winning Jazz musician Wynton Marsalis. Other American Musical credits include: Fred in Smokey Joes Café, Duane in Hairspray, Riah in Rip Tide, Doo Wop Singer in Book of Love, and Nubian/Mereb u.s. in AIDAl. Also Prisoner in AIDA at the Metropolitan Opera, Parable of the Sower at New York City Opera, La Boheme with Dicapo Opera, Off-Broadway: Mama I want to Sing and National Anthem Soloist at Madison Square Garden in New York City. In Europe he was seen in the European 75th Anniversary Tour of Porgy and Bess performing Warsaw in Poland, Moscow & St. Petersburg in Russia, Thessaloniki and Athens in Greece, Riga in Latvia, and in Estonia playing the role of Jim. In Nova Feltria, Italy he was seen in Le Nozze di Figaro, and Cosi Fan Tutte with for the Centro Studi Lirica Opera Festival. He was also seen as Mingo in Porgy and Bess in Szeged, Hungary for the 25th Anniversary Open Air Festival.