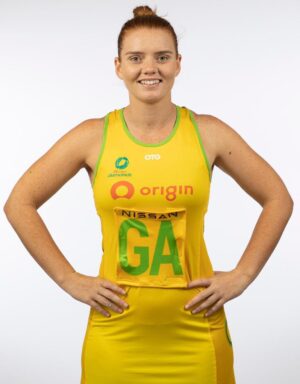 The 29-year-old has a long history of success both domestically and internationally. She featured in the Australian teams that won silver medals at the 2018 Commonwealth Games and 2019 Netball World Cup. Between 2015 and 2019, Wood played and scored in five consecutive grand finals, winning premierships with the Lightning in 2017 and 2018.

She enjoyed an outstanding 2018 as she was named the Lightning Member’s Player of the Year and shared the MVP award along with the premiership.

Hailing from Townsville, Wood moved to NSW to play for the Swifts in 2014 before returning home to Queensland, joining the Sunshine Coast Lightning in 2016.

Away from netball, Wood is an avid traveller and parent to an adorable sausage dog, Neville.