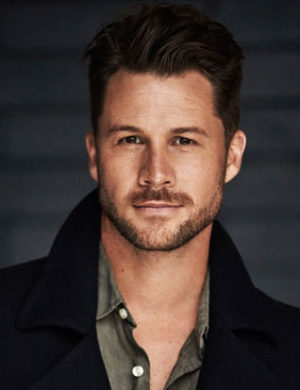 Scott’s most enduring role was as Detective Mark Brennan in the internationally popular soap opera Neighbours. He joined the cast in 2010 in what was supposed to be a six month storyline, but the role proved popular and extended across the following 10 years, with Scott taking short breaks from the show to pursue other roles and projects internationally. He left the show in 2020.

Scott has been cast in many commercial campaigns and brand promotions for fashion, events, hospitality and lifestyle products for stills, live events and broadcast such as the award winning ‘Hahn Super Dry Beer Ad’.  Scott’s commercial appeal lead him to become an Ambassador for Honda as the face and voice of their TV and Radio campaign for 3 years.

It didn’t take long for producers to see that Scott had more to offer and in 2008 he was cast as the host of Foxtel’s motoring show Blood, Sweat and Gears which he fronted for 2 seasons on Fox 8. Around the same time, Scott also appeared on the 9 Network as a host of the lifestyle format Holidays for Sale.

Acting was the next progression and he was encouraged to cast for local drama.  He has appeared in Channel 9’s top rating drama series Underbelly, 7 Network’s Winners & Losers, Network 10’s Offspring and SBS series Carla Cametti PD.

Very comfortable on any platform as a model, host or actor – Scott has also appeared as ‘himself’ many times as a media personality on radio programs, as celebrity guest on variety/game shows, and as an MC and host of live events in the corporate and commercial scene.

Behind the screen Scott loves nothing more than spending time with his two children, taking care of DIY jobs around the home and playing golf.