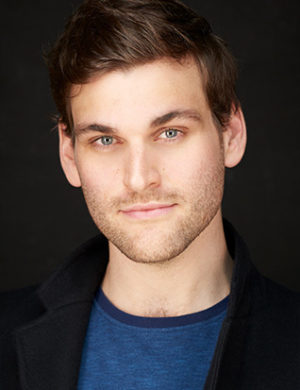 Discovering a love of performing whilst growing up in the creative community of Bellingen, New South Wales, it wasn’t long before Nick found himself in Brisbane as a core ensemble member of the Queensland Shakespeare Ensemble (QSE). Credits for QSE include Valentine in ‘Two Gentlemen of Verona’, and Lysander in ‘A Midsummer Night’s Dream’ (both dir. Rob Pensalfini), and Mortimer in ‘Mary Stuart’ (dir. Christina Koch).

He then trained at the Victorian College of the Arts (VCA Acting Company ’16) with credits including Oedipus in ‘The Theban Plays’ and Lopakhin in ‘The Cherry Orchard’ (both dir. Melanie Beddie), as well as Stanley in ‘A Streetcar Named Desire’ (dir. Barbara Bosch). In 2015, Nick was selected to represent VCA at the Asia Pacific Bureau Theatre Schools Festival and Directors Conference in Singapore as a performer and co-deviser of ‘Unplugged’, and was the recipient of the 2015 Richard Pratt Bursary for outstanding acting in the same year. In 2016, Nick played Benedick in ‘Much Ado About Nothing’ and was selected to represent the VCA at the 2016 Folkwang Shakespeare Festival in Essen, Germany.

In the last few years Nick has been working with the National Theatre for Children as both a performer and a director, touring nationally on a number of different shows. Nick is currently touring with Shake and Stir Theatre Company in Queensland and NSW through 2020.