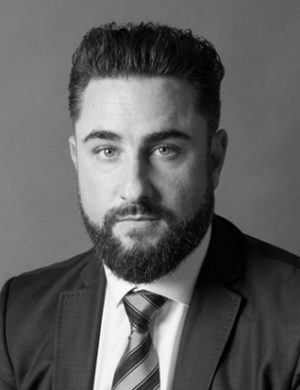 Mitch creates factual content aimed at the body, mind and soul of society. Informed by life experiences skirting the boundaries of the criminal justice system as a youth to fighting for justice as an advocate in Australia’s criminal courts, Mitch loves tackling common misconceptions and shattering stereotypes. He shoots from the hip; hitting controversial issues head-on with sharp insight and raw candour to present uniquely accessible perspectives with humour, humanity and sensitivity.

Joined by some of the giants of Victoria’s legal establishment, in 2017 Mitch developed a documentary for television, Inside the System, examining how systemic and institutional focus on punishment often occurs at the expense of individual rehabilitation and social justice.

In 2018, Mitch co-wrote and edited a book of true stories, Split Second, about the life of a Victorian police officer turned criminal defence lawyer, released by New Holland Publishers. He also assisted production on Tough Times Never Last, an interview format TV show aired on Channel 31 and Foxtel Aurora, exploring through guests’ life stories how encounters with unexpected loss and tragedy can be a catalyst for extraordinary, positive change.

In his new venture, Fraser’s Law, Mitch joins a colourful collection of luminaries, leaders, legislators, educators and everyday people in a stimulating Podcast series to talk about making and breaking law, and why some people are the exception to the rules.

Open
And the coolest Zoom call during Iso goes to... @l

And the coolest Zoom call during Iso goes to... @lynngilmartin | #Repost ・・・
OK, I win coolest zoom call in quarantine!! 🤩 I guess you could say I hosted a poker game in my house and Kelly Slater, Jason Alexander, Jon Hamm, Kevin Pollak, Pau Gasol and one of our planet’s greatest heroes, José Andrés, all came over.🙀🤪
Vince and Tony even commentated!
You can watch it this Thursday, 5pm PT/8pm ET (that’s Friday 10am AEST for Aussies).
📲 Twitch.tv/worldpokertour
(See my previous post for trailer) ...

Open
Happy birthday to this legend @samjameswood | Have

Happy birthday to this legend @samjameswood | Have a beautiful day with your girls ❤️ #HappyBirthday ...

Open
Happy Birthday to the gorgeous @adanicodemou | We

Happy Birthday to the gorgeous @adanicodemou | We hope hope you have a special day 💋 ...