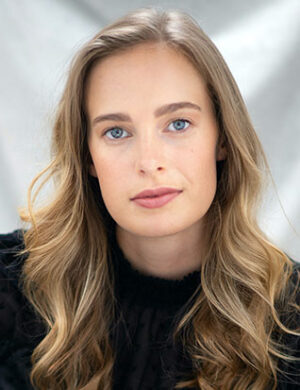 Matilda Wall is a Sydney-based 2020 WAAPA graduate (Diploma of Screen Performance). As a young girl, Matilda was drawn to acting because of the way it made her feel. That sense of awe, wonder and excitement has helped steer her towards a career in acting.

After engaging with the industry as a teenager with the encouragement of some early mentors and teachers, Matilda chose to focus on her tertiary studies after high school.  In 2019 she graduated with a five year Bachelor of Laws (Honours) and Bachelor of Arts double-degree at the Australian National University and subsequently obtained her Graduate Diploma of Legal Practice.

At University, Matilda acted and assisted in plays and short films, co-wrote and performed comedy shows in the ANU Law Revue, and was involved in the organisation of shows and events while a college Arts Representative. In her final year of studies, Matilda co-founded the ANU Shakespeare Society. Her life experience and maturity now has her well placed to succeed as a performer.