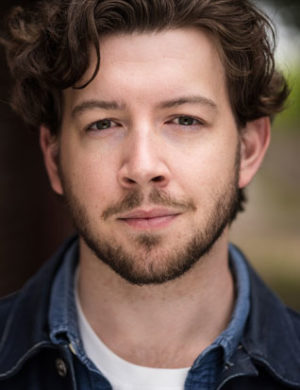 Martin Quinn was born in Melbourne, and spent most of his life by the sea in Williamstown. Obsessively devouring books and films from a young age, with no sign of diminishing interest, a creative career seemed inevitable. An early taste of a TV set with a guest role in As the Bell Rings crystalized that feeling. After further acting in school productions, there was nothing else for it, and he decided to pursue the craft at WAAPA. Performing the role of Garry Essendine in Present Laughter, Noel Coward’s ego gargantuan, was a particular highlight.

Other favourite productions at WAAPA included The Threepenny Opera, Victory and Twelfth Night. Martin wrote, directed and co produced the inaugural production of his new play Two on the Night Train which was part of the Inaugural season of ‘Premiere at Gasworks’ in mid 2019. His first play he wrote and directed, The Bar was also premiered at Gasworks.

Martin is also a writer of fiction and screenplay but has been informed that treatment is available.