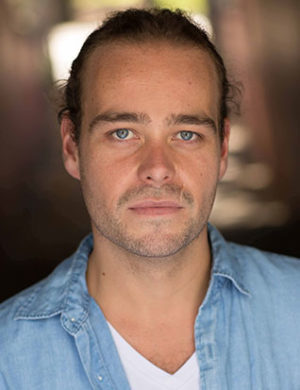 Launching into the entertainment industry after completing a degree in Law from Monash University, Mark has evolved into an exciting and talented actor, comedian, writer, and producer. He has always loved making people laugh and began attracting attention as a writer/performer in the Monash Law Comedy Revue. His background in live sketch comedy, as well as musical and stand-up comedy, served him well in making the transition from the stage to the screen.

Mark proved his wit and comedic flair when he co-created, co-wrote and co-starred in the sketch comedy pilot The Green Room filmed before a live studio audience. He starred in the Australian feature Film ‘Spin Out’ and the convict web series ‘Bruce’ by acclaimed production company Guilty.

Mark was ubiquitous on Australian TV during the 2012 London Olympics, in his role as the letter T in the Commonwealth Bank’s Olympic CAN campaign. The character made international news as a result of a controversial stunt performed during the Games in London, as well as being adapted as internet memes.

In 2013, Mark was formative in the launch of the internet comedy channel Stepmates, which has developed a strong online following and evolved into a production company. In 2019 Channel Seven announced it had picked up the series Regular Old Bogan co created by and starring Mark which is currently in production.