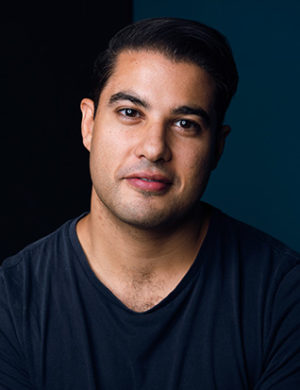 Marc Fennell has been dubbed a “cheerful Aussie version of Louis Theroux” (The Times UK). Marc refutes that he is all that cheerful but he remains flattered enough to keep it in his bio.

Fennell is, in fact, an award-winning interviewer, journalist and author. He has been honoured internationally by The Webby Awards, nominated for Europe’s prestigious Rose d’Or. In 2019, Marc was named one of the 40 Under 40 Most Influential Asian-Australians. Marc is a recipient of America’s coveted James Beard Award and is a two-time New York Festivals award winner.

Fennell created the global hit Audible podcast It Burns. The quirky, soulful documentary about the scandal-plagued race to breed the world’s hottest chilli bolted to the top of the US Audible charts in 2019. It was honored as one of the best podcasts of the year by The Webby Awards, The Times (UK), Gizmodo & Esquire. The series was nominated for the Rose d’Or and the AIB Awards. It won at the Oscars of food The James Beard Awards and picked up silver at the 2020 New York Festivals Radio Awards.

Marc has also fronted documentaries on topics ranging from sex in Japan to survivors of ISIS torture. His recent film Hong Kong: Behind the Frontline (with director Will Reid for SBS Dateline) won Gold at the 2020 New York Festivals for International Affairs.

Marc has written 2 books and can also be seen guest-hosting Network Ten’s The Project, SBS’s Insight or on top-rating ABC Radio Sydney. Marc is the father of 2 kids, lives in Sydney and is also the Creative Director of the not-for-profit advocacy group Media Diversity Australia.

Getting close now. Season 2 on Wednesday! (Thanks for the review @jameswigney ) ...

Well this is bloody annoying. My Twitter account has been hacked. UPDATE: All fixed. Good luck to the person who tried to buy the PS5. ...

Little bit of news. Delighted to announce that the ABC and CBC in Canada have teamed up to bring you Season 2 of Stuff The British Stole. New season launches on Wednesday! ...