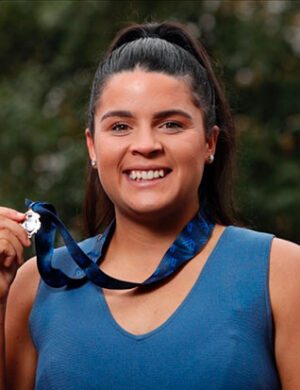 The highly touted youngster entered the AFLW with a splash. Taken at pick 3 by Carlton, Maddy Prespakis played nine games in her debut season, kicking seven goals and winning a series of accolades along the way.

Prespakis earned All Australian honours, Carlton’s Best and Fairest award, the AFLW Best First Year Player and the AFLW Rising Star award for a standout 20 disposal, seven clearance, one goal performance capping off what is arguably the greatest debut season of all time.

Prespakis is a proud Dja Dja Wurrung woman and works closely with AFL star Eddie Betts and the Carlton Football Club to highlight the importance of celebrating Indigenous cultures and diversity in the AFL and AFLW.

She appeared in a video for Carlton alongside other Indigenous players from the club, talking about the significance of the Sir Doug Nicholls round in the AFL. Prespakis is looking forward to celebrating her heritage on the field next year, with the AFLW introducing its inaugural Indigenous round in the 2021 season.

The gun midfielder is a rare talent, already an AFLW superstar and fan favourite. Prespakis is undoubtedly one to watch, as she looks to lead the Blues to an elusive premiership.