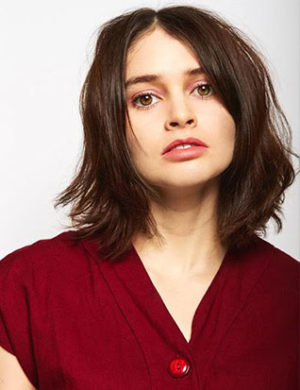 Dual Australian/US Citizen Madeleine Coghlan has been acting in the US since she was a young girl in both drama and comedy as well as presenting on Disney Channel shows. The first film she starred in, “Holidays,” premiered at Tribeca in 2016. She can be seen in TV shows such as Fox’s “Lucifer” and ABC’s “Castle.” She hosts the Disney show, “Movie Surfers,” and in addition to performing, she also writes and stars in her own films.

Maddy is excited to be a part of the ensemble cast of the upcoming Netflix movie “Kajillionaire” premiering later in 2019 which was in production earlier this year. Maddy has just wrapped shooting the lead in the feature film “We Burn Like This” after wrapping “VHYes” with Susan Sarandon and Tim Robbins a few months ago.