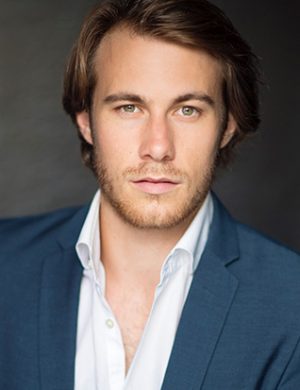 Joshua spent the first few years of his life growing up in an idyllic lifestyle on the Cocos Keeling Islands. His family later moved to Perth but it wasn’t until high school that Joshua discovered his passion for theatre where he was selected to play the roles of Prez in The Pajama Game and Koko in The Mikado. He also garnered a Finley Award Best Supporting Actor nomination for his role as Robbie in A Man of No Importance.

Joshua’s WAAPA credits include: And The World Goes Round (Directed / Choreographed by Nancye Hayes); Mudjekeewis in Hiawatha; The Beautiful Game (Directed / Choreographed by Meryl Tankard); Superintendent/Ensemble in The Drowsy Chaperone and Steven in Bring It On (Directed by James Moody, Choreographed by Michael Ralph) – where he was described by West Australian as the “Picture Perfect Boyfriend”. In 2017 Joshua performed a lead role in Once We Lived Here for Western Sky Theatre in Perth. In 2018 he made his TV debut in The Blake Mysteries – A New Beginning telemovie on the Seven Network. In 2019 Josh  performed in Into the Words for Bloom Creative in Sydney, toured with Waltsing Australia for Promac Productions throughout Victoria with Michael Cormack, and played the role of Wagner in the acclaimed Legally Blonde for James Terry Productions in Melbourne. Since returning to Perth for Covid, Josh was the Alternate for Peter Allen and played Brian Henderson in the Boy from Oz at Crown Theatres for Platinum Productions. He is currently undertaking a Diploma in Screen Acting at WAAPA and rehearsing the role of Uncle Fester in The Addams Family for Zealous Productions to be performed at the Regal Theatre.