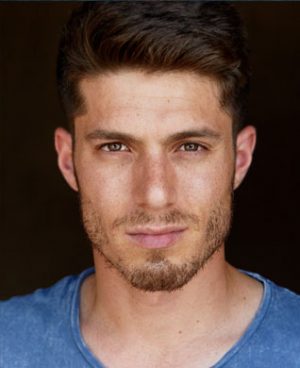 Josh Piterman is an established musical theatre performer and classical crossover artist who has been working consistently on Australian and UK stages for more than 15 years. His past credits include being a part of international pop opera group The Ten Tenors, Tony in the 2010 Australian production of West Side Story, Bustopher Jones/Gus/Growltiger in the 2015/16 Australian season of Cats (a role that won him the Green Room Award for best supporting actor in a Musical), Corny Collins in the UK tour of Hairspray and Gerry Goffin in the 2017/18 Australian tour of Beautiful: The Carole King Musical. His critically acclaimed West End debut came as he took on the most coveted role as The Phantom in the brilliant original production of The Phantom of the Opera at Her Majesty’s theatre in 2019, a role he is thrilled to reprise in this current Opera Australia production both at the Sydney Opera House and Arts Centre Melbourne.

The 12 month COVID deferral of this Phantom of the Opera season allowed Josh to perform at a staggering array of events including; Performance of a Lifetime with the MSO at the Sidney Myer Music Bowl, the Australia Day Live Concert outside the Sydney Opera House, the National Anthem at the MCG Boxing Day Test, and he wowed audiences with his performance of Music of the Night at The Australian Open Tennis Finals. Josh also performed numerous solo concerts, events and fundraisers in just about every Australian state in that time.

In 2018 his debut self-titled album went to number 1 on both the Aria and iTunes Charts (Classical Crossover) in Australia and his new EP Loving You is out now on all streaming platforms.

Error: There is no connected account for the user joshpiterman.