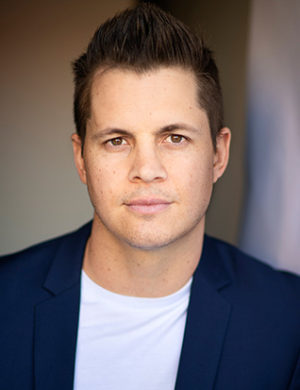 Singer, Actor, Dancer, Presenter, there really is nothing Johnny Ruffo can’t do.

He’s performed onstage with international hip hop superstars Salt ‘N Pepa, Guy Sebastian and Reece Mastin, and was even hand-selected to support global pop sensations One Direction on their record-breaking tour down under, as well as touring with US pop icons Backstreet Boys and NKOTB.

Adding to his career, in 2012 Johnny won Dancing with the Stars, further solidifying his reputation as a captivating performer.

Johnny arrived in Summer Bay as Chris Harrington in 2013 and was a regular on Home and Away until 2016. He has since appeared on various Channel 7, 9 and 10 TV shows performing and co-hosting on The Morning Show, Today Show and Today Extra and more recently, Studio 10. Early 2017 saw Johnny star in the Channel Nine Mini Series, House of Bond, and more recently in 2020 he appeared in Neighbours as Owen Campbell.

Johnny has a huge online following which grows daily. This following has lead to various online collaborations, the latest being with Hello Fresh in developing online episodes with Lynne McGranger.

Johnny is also a regular on the MC and Performing circuit having recently worked with, The Cure Brain Cancer Foundation, Bully Zero Foundation, The National Travel Industry Awards, The Victorian Racing Club for the Spring Racing Carnival, and in 2018 he was the ambassador for Headspace National Youth Mental Health Foundation.

Johnny is also an on-going ambassador for Save our Sons, a charity supporting Duchene Muscular Dystrophy and the National Ambassador for the Cure Brain Cancer Foundation.

Grateful for the nurses at Life House keeping me entertained and putting up with my shit talk during treatments 😝 You guys are the real heroes! 👊🏽 #bubblechat ...

Just want to say a huge thank you to everyone who tuned in last night & has shown their support 💜
It wasn’t an easy story to share but we hoped that by doing so it would help others going through similar struggles & raise much needed awareness 👊🏽 #fuckcancer ...

Tune in to @7newsspotlight tonight at 7pm as we take you along on my brain cancer journey 💪🏽 ...