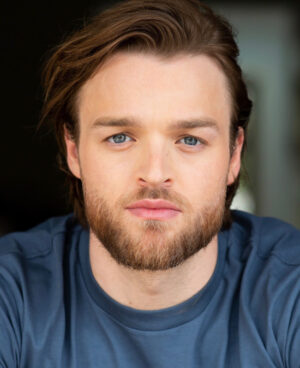 Haydan grew up in the northwest of Sydney in a family of seven children constantly surrounded by music and it was here that he first found his love for performance. He commenced his studies at the VCA and later trained further in Showfit at Centrestage College of Performing Arts. He went on to study further under the award winning acting coach Howard Fine in both Melbourne and L.A.

in 2013 Haydan made his professional debut in National Tour of Possum Magic with Garry Ginnivin Attractions with whom he also did a Sydney Opera House tour of Hairy Macliary in 2014. Soon after he appeared in The Production Company’s Pirate’s of Penzance directed by Dean Bryant.

He made his screen debut playing a featured guest role in the ABC’s Doctor Blake Mysteries in 2014. He has appeared in the Melbourne production of Carrie the musical, Silvertop Ash for Midsumma and Hayes Theatre production of Pasek and Paul’s Dogfight. Soon after, Haydan played the head of Tick in Priscilla, Queen of the Desert for NCL and then joined the mainstage version of Priscilla for the Michael Cassel group, directed by Simon Phillips and choreography by Andrew Hallsworth. Haydan starred as the lead role Chris in Packemin Production’s Miss Saigon, under the direction of Neil Gooding, also being nominated for Best Male Performer in Broadway Worlds Awards. In January 2020 he played the lead role of Ted in Jesse Eisenberg’s The Spoils.

Currently Haydan is performing as Sammy in the national touring production of David Venn Enterprises, The Wedding Singer.