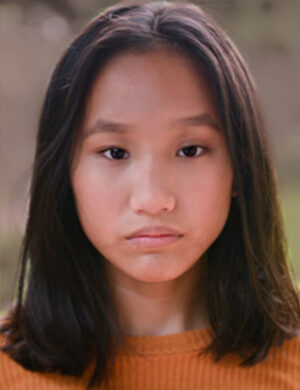 Gia Navarro is a young Filipina actress who started to perform at age 3 as the talkative narrator for a school play. She has trained in musical theatre, learning singing as well as guitar at the Yamaha School of Music, Philippine Opera Company and the Spotlight Artists’ Centre.

Gia has performed in 4 METTA musicals, getting solos in cabaret-style shows. METTA is a well-known Philippine theatre group. She was under the direction of Ms. Anna Valdez, the first Filipino Juilliard graduate.

She participated in the Premiere Program in Florida where she acted in front of international industry professionals. With a strong passion for the business, Gia did an improv show at the Groundlings Theatre in LA. Among many other coaches, she has taken up film acting, as well as a scene study with Margie Haber Studios in LA, with the award-winning Rita Litton Studios (also known as ACTeen) in NYC, and with Deena Freeman, of Speiser and Sturges Acting Studio in LA.

She has done dramatic, vulnerable as well as energetic, comedic roles. Her first onscreen credit was for Soul Ties, which she was nominated for at the Beyond This Box Film Fest in BGC, Makati. Gia also did a small, funny role as a pushy waitress in the GMA feature, Kiko en Lala. Since the quarantine, she’s booked a commercial with Yubo, done a few showcases (which she has gotten callbacks for), and a Zoom web series.

Gia aims to represent the Philippine in all she does. She is fluent in Tagalog, and is constantly writing short films that display Filipino culture. She expresses herself excellently in English and has taken years of Spanish classes.