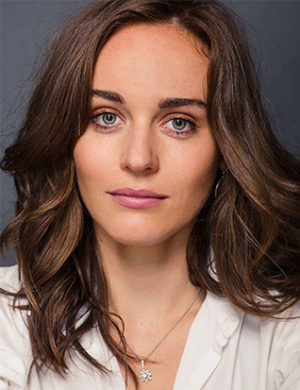 Emma trained at the Victorian College of the Arts (VIC) and New York Film Academy (NYC). She has built an impressive range of credits including starring in the Ch 7 telemovie Blake’s Murder Mysteries (nominated for Most Popular Telemovie Logie Award 2019 and MEAA Best Ensemble 2019) the feature film Nightshift and in short films Invisible (Won Best Actress Martini Award 2019), Wrecked, Sweet Misery, My Father and Food For Thought. She recently shot a recurring role in Neighbours. She has extensive commercial experience having appeared for companies such as Mazda, RACQ, Holden and in various projects for Lunamik Pictures. She has numerous V/O credits as well.

Emma also teaches acting to children and teenagers at Stage School Australia. She has created and run theatre workshops at La Boite Theatre Company and Footscray Community Arts Centre. She is a dextrous writer and has turned her hand to commercial content creation and poetry.