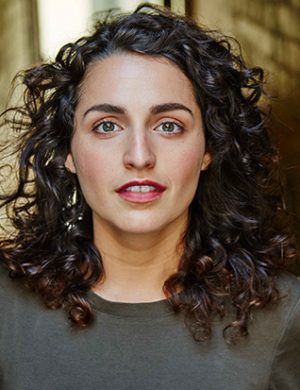 Ellie began her journey at her local acting school when she was 8 years old, and during this time she learnt the art of writing and began to create her own stories that she performed to community audiences in Melbourne and on tours around Victoria.

In 2011 Ellie graduated from St. Martin’s Performance Ensemble and Monash University with a Bachelor of Performing Arts. Post graduation Ellie furthered her study at 16th Street Actor’s Studio as a Full time ensemble member. There she worked with reputable teachers and directors such as Alkinos Tsilimidos, Penelope Chater, Kerry Armstrong, Kim Farrant and Chris Edmund. Recently Ellie worked with Larry Moss in his Melbourne Masterclass and with Mike Alfreds in his ‘Different Every Night’ workshop.

Through working with Elizabeth Kemp, Ellie was introduced to the play Brilliant Traces by Cindy Lou Johnson. It was her wonderful text that pulled Ellie into the world of producing, set design and costume design. She also acted as the lead, Rosannah Deluce in association with the 2014 Melbourne Fridge Festival.

Ellie has written, directed, produced and acted in multiple short films. She has shot many TVCs, and has appeared on the ABCs ‘The Doctor Blake Mysteries’ as Tracey Corelli’.