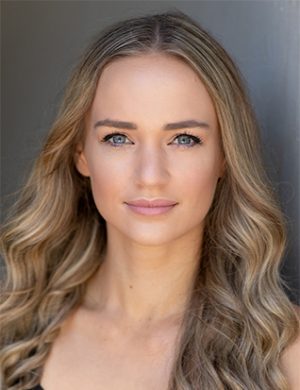 Chloe Bremner is a 2017 WAAPA Musical theatre graduate originally from Adelaide who has made the move to the east coast to further her career.  One of her earliest memories is twirling and singing in a football jumper as a very young Adelaide Crows supporter.   Much to her sports mad family’s surprise she followed her performing passion to her first professional role as an 11 year old in the touring production of Turandot in 2008.

Throughout her time at WAAPA Chloe has had the opportunity to play Cora in Atlantis (Matthew Robinson. Workshop) and Diane Lorimer in 42nd Street (dir. Jason Langley) as well as being a featured soloist in both Rent (dir. Adam Mitchell) and Chicago (dir. Crispin Taylor).