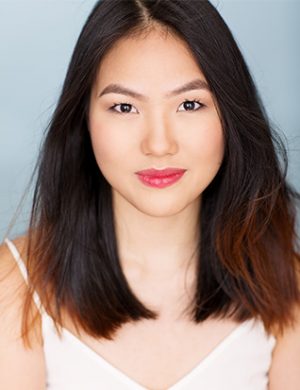 Chi was born and raised in Vietnam and moved to Australia on her own when she was sixteen to pursue the performing arts. Chi is a graduate of The Victorian College of the Arts (VCA) where she received the Grace Marion Wilson Scholarship for Excellence in Acting.  2020 will see Chi in production playing the recurring role of Jeanette Dao in Amazon Prime’s original series The Wilds. She also starred in the first ever Vietnamese-Australian comedy web series Phi and Me, released worldwide in June 2019. Other screen credits include Elena in Friends Of Mine (AFTRS), Kim in Dust In The Winds (VCA) and June in A Bigger Jail (MVP Production).