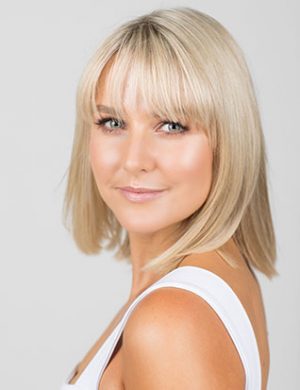 Candice Dixon is an Australian television host, journalist, producer and actor.  Candice is best known for hosting the Seven Network’s Saturday Disney where she travelled the world to present and produce entertainment and lifestyle segments.

Candice has also made appearances on other leading Seven Network shows including The Daily Edition, Sunrise and The Morning Show. She has also presented for Seven Sport during major racing carnivals and tennis tournaments.

Candice currently hosts segments for global brands through Dundas Media, a production company based in Hollywood. Candice also writes and presents for Roadshow Entertainment in Australia.

As an actor, Candice has featured in both national and international television shows and movies including Drop Dead Weird, H20: Just Add Water, The Sleepover Club, and Aquamarine.

Candice completed a Bachelor of Communication at Bond University where she majored in journalism and was selected to be part of the Vice Chancellor’s List of Academic Excellence.

Candice currently holds a current O-1 visa for hosting and acting within the United States.

My little sister 🎨🥰 @colourlane “My finished rainbow lorikeet painting! Oil on 12x16” canvas. I love these birds. They’re so loud & excited all the time and it’s always amusing watching them eat the bottlebrush outside.
Thinking of putting this one up for auction as I’ll be making a donation to @currumbinwildlifehospital — Did you know rainbow lorikeets are their No 1. most admitted patient? More info & better pics to come!” #art #nature #lorikeet #birds #creative #love #australia ...