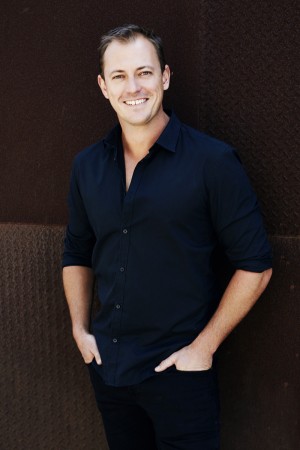 Blair McDonough’s media career began when Australia embraced his personality and chose to keep him in their lounge rooms every night on the first season of Big Brother in 2001. When he stepped off the set of this reality experience he walked straight into acting, hosting and celebrity roles. Blair has continued to run with his versatile career in Australia and abroad.

His time acting as either series regular or lead roles in top rating drama shows such as Neighbours, City Homicide, Sea Patrol, Heartbeat (UK) and Winners and Losers gave Blair the valuable lessons and honed craft to successfully tread the boards in London’s West End in the Aussie comedy The Vegemite Tales (2007 & 08) as well as entertaining families in traditional English Pantomimes Dick Whittington (2002) and Cinderella (2005). His time in the UK saw his celebrity grow in UK reality shows Safari School (2007) The Match (2007) & Deadline (2008).

Upon returning home to Australia, Blair further added to his career spectrum with a presenting role on the Nine Network’s Postcards (2009-10) and later appeared in Dancing with the Stars on the Seven Network (2010).

The list of personal appearances on talk shows and game shows around the world is simply too long to show….so just click on here to save time: www.imdb.com/name/nm0991910/

Blair’s confidence as a live performer and improv skills make him a popular choice as an MC. He has hosted The Red Ball, The Variety Grand Final Lunch and special occasions for the VRC – from intimate rooms to large party style corporate events.

His talents in entertainment are further matched in his private hours as he completed the renovation of two homes in Melbourne. His love for building and development motivated him to manage every aspect and stage of these projects. He used the experience to extend his trade skills and passion to be hands on in construction.

In 2013 Blair married Kristi in an incredible ceremony in Hawaii covered by New Idea. The couple has always been popular in the Women’s magazine market. They relocated to Los Angeles where Blair trained in acting for 2 years and working in building furniture and cabinetry to further master his passion as a craftsman in his adopted home of Venice Beach. In March 2015 Blair and Kristi welcomed their daughter Leni Rose McDonough into the world.  Blair travels between LA and Australia with homes in both places.