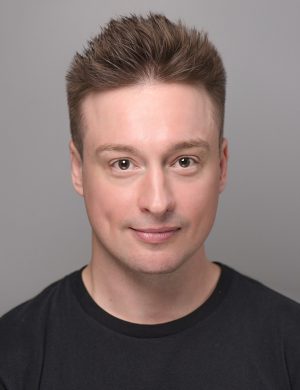 Born in Whyalla, South Australia, Benn Welford graduated from NIDA with a Bachelor of Dramatic Arts (Acting) in 2007.

The highlight of his time at NIDA was playing Oscar opposite Jessica Marais in the musical Sweet Charity directed by Tony Knight and choreographed by John O’Connell.

Since graduating, Benn has toured nationally with Disney’s The Lion King, the Rodney Seaborn Playwright award winning play Inside Out as well as Theatre of Image’s, The Happy Prince.

Additionally, Benn has performed in Griffin Theatre’s production of The Distance From Here directed by John Sheedy and the STC collaboration The Lost Echo directed by Barrie Kosky.

Benn’s T V credits include Whatever Happened to That Guy? for Foxtel’s Comedy Channel, Network Ten’s Telemovie A Model Daughter: The Killing of Carolyne Byrne and ABC’s Crownies.