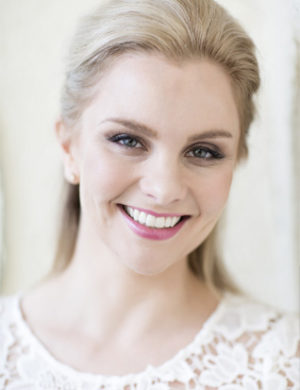 Her other recent film, television and web credits include: ‘Rostered On – Series 2 (7Mate) (the promo clip of this scene went viral with other 4 million views on Facebook),’ ‘The Cult of the Family (ABC), ‘Dave’ (Channel 10 Pilot Season) and ‘Night Mayor’ (web series).

Her theatre credits include: ‘Mate’ (Belvoir Street) ‘Albatross,’ ‘Rave New World,’ ‘Elixir,’ ‘Macbeth,’ ‘Romeo and Juliet,’ ‘A Midsummer Night’s Dream,’ ‘Blood Wedding,’ and ‘Daddy Would Come.’ Her screen and stage writing credits include: ‘HActresses – Series 1,’ ‘Nylon Nights’ (La Mama – The Carlton Courthouse) and ‘Daddy Would Come.’ As a recipient of the 2019 ‘In One Act Playwright’s Program,’ she developed the play ‘Factory’ through a series of workshops and rehearsed readings. She has trained as a performer at the VCA and at St Martins (as a recipient of The Be Your Best Acting Scholarship Program).

Belinda holds the following qualifications: Bachelor of Arts – Majors: English and Gender Studies (The University of Melbourne), Postgraduate Diploma – Journalism (Deakin University) and Postgraduate Diploma – Teaching – Majors: English and Psychology (The University of Melbourne) (Masters deferred). Belinda’s passion for gender and sexual politics is life-long and is reflected in her current slate of projects.