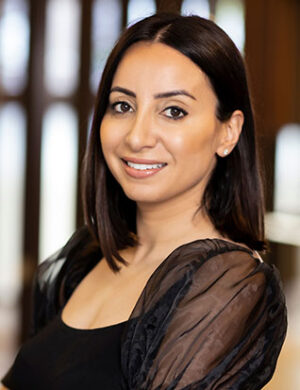 The multi-award winning journalist is the co-founder of Media Diversity Australia — a not for profit organisation working towards increasing cultural and linguistic diversity in the media.

In 2022, Antoinette became a regular, permanent host of Listnr’s daily news podcast ‘The Briefing’ after appearing as a guest since August last year.

Antoinette’s first book ‘How to Lose Friends and Influence White People’ was published by Penguin Random House in May 2022. It is a witty and approachable anti-racism guide and an honest exploration of the modern manifestations of systemic racism in Australia today, and how we, as a collective, can take steps to make change. Providing practical tools, using warmth, humour, and research to share evidence-based solutions that can be used by anyone – from a seasoned advocate who is a person of colour, through to a suburban white teenager.

In 2019, Antoinette was named among AFR’s 100 Women of Influence. In 2021 she was awarded a Women’s Agenda Leadership Award and B&T Women in Media’s Champion of Change. In peer selected awards at her year 10 high school formal, Antoinette was awarded Most Likely To Die A Virgin.

Antoinette is also an Ambassador for parent’s mental health organisation Gidget Foundation after experiencing debilitating post natal depression and anxiety with her second child. She now quite likes both of her children.

A lump on her neck made headlines around the globe, after a television viewer encouraged her to go and see a doctor. It turned out to be a thyroid cyst requiring prompt surgery, and Antoinette is now an ambassador for the Australian Thyroid Foundation and no longer looks like she has an Adam’s Apple.

Antoinette will be giving a TEDx talk in Sydney in August 2022.