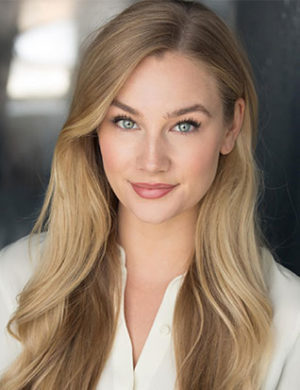 Australian soprano, Amy Manford is best known globally for her captivating portrayal of ‘Christine Daaé’ in Sir Andrew Lloyd Webbers The Phantom of the Opera both in London’s West End and Athens, Greece. She will soon reprise the same role with Opera Australia at The Sydney Opera House in August 2022.

Prior to her West End debut, Amy had performed internationally as a soloist with some of the worlds leading Symphony Orchestras at iconic concert venues such as The Seoul Arts Centre, The John Sutherland Theatre, and at Buckingham Palace.

Other notable career highlights include singing the Australian National Anthem for the 2021 AFL Grand Final and at numerous milestone engagements for the British Royal family. She is also due to star in Australia’s first tour of Disney in Concert early next year.

Amy has graduated with a Master of Performance from the Royal College of Music in London and a Bachelor of Music from The Western Australian Academy of Performing Arts in her hometown, Perth.

A diverse performer, Amy also has a unique history competing at the Australian national championships for both rhythmic gymnastics and pole vaulting.